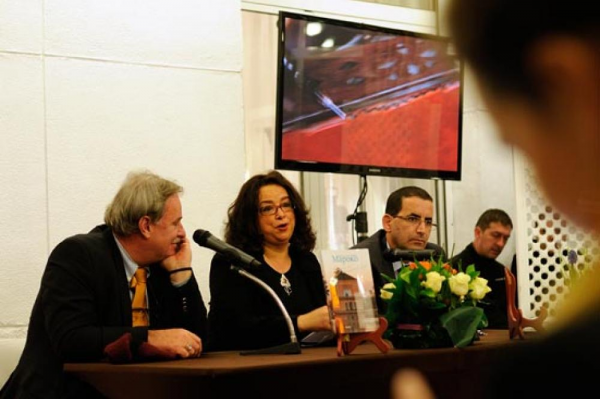 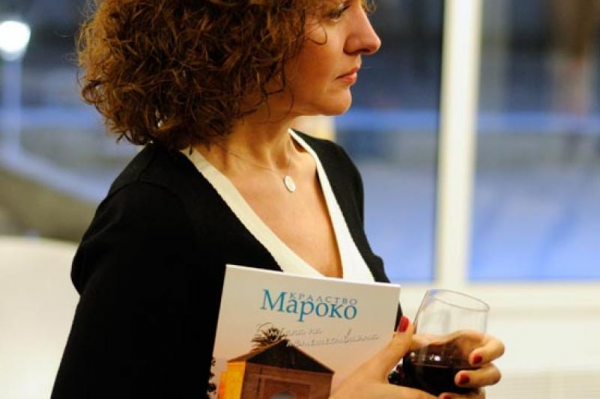 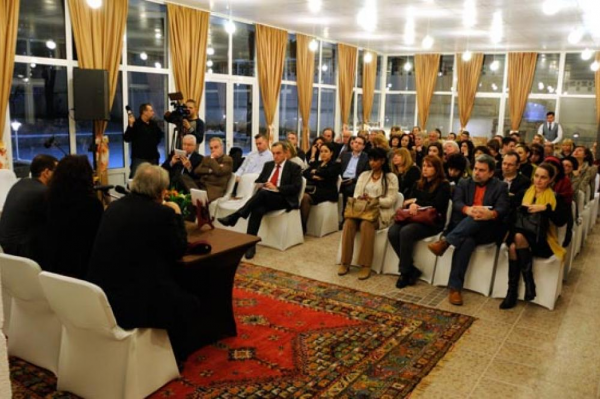 It is a great pleasure for me to inform all of you that the presentation of the new ABUJET Book “The Kingdom of Morocco” – Country of Travels” passed with great interest in the Moroccan residence in Sofia. The event was attended by the Ambassador Her Excellency Mrs. Latifa Aharbash, representatives of the Moroccan National Tourist Office (MNTO), the General Director of the Bulgarian National Radio – Mr. Radoslav Yankulov, many journalists, representatives of the Bulgarian intelligentsia and artists` society and other honored guests. The Book was presented by H.E. Mrs. Latifa Aharbash and the President of ABUJET Mr. Maxim Minchev, General Director of the Bulgarian News Agency. They both expressed their satisfaction with this project, realized thanks to the mutual efforts of the Embassy, MNTO and the Bulgarian association of travel journalists and writers – ABUJET. Mr. Khalid Mimi, Director for Eastern Europe of the Moroccan National Tourist Office, expressed his hope that that sort of successful projects are going to increase the interest to Morocco.
“The Kingdom of Morocco – country of travels” is part of very interesting series of books, dedicated to journeys in different countries, realized by ABUJET members after FIJET congresses. For the moment „Never-ending China” and „Zoom Turkey” are published.
ABUJET received an official invitation from

H.E. Mr. Samir Addahre, an Ambassador to Kingdom Morocco in Brussels and from the General Manager of the MNTO office in Brussels to present the Book in Bulgarian and in English (and may be in French) in Brussels in the presence of general international public.
Plamen